"Je Me Souviens" But Not Enough: Finding History in Vieux-Québec 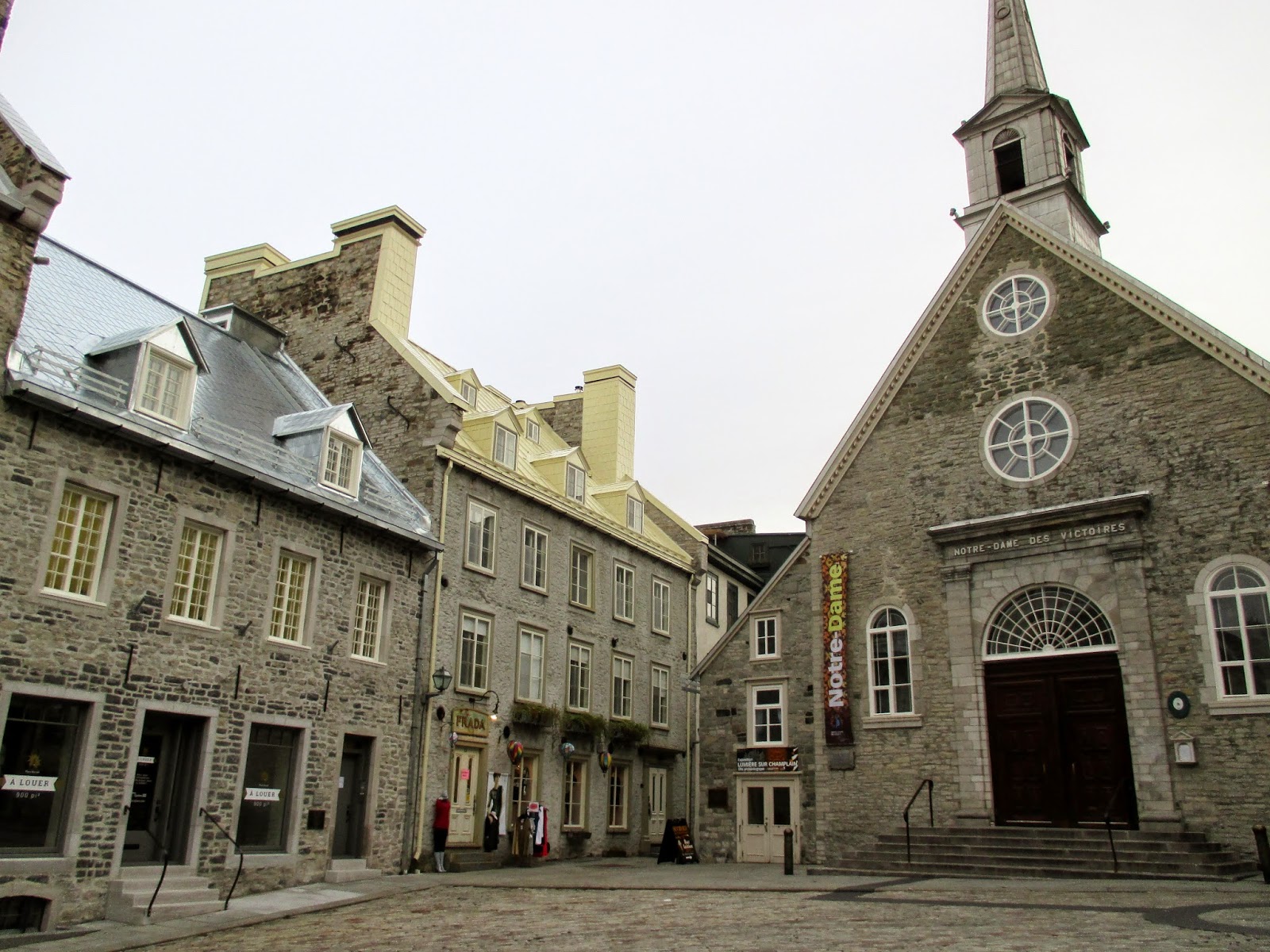 "I remember." That's the motto for the province of Quebec, and something that resonates in the hearts and minds of Canadians everywhere. Rightly or wrongly so, Quebec and its people have a strong association with the country's history; they are the proverbial guardians of Canada's French heritage. And whether you see it as a good thing (as a rallying cry to maintain history and culture) or a bad thing (as a means to hold on to old grudges from centuries past), there is no denying that something is being remembered in Quebec City, at all times.

So when I had the chance to finally visit Quebec City in October 2014 for a family vacation, I was very excited. This was something I had been wanting to do for a very long time. Sure, I had been to Quebec numerous times in the past, growing up - but the last time was over ten years ago, back when I had little respect or appreciation for Canada and its history.

This time, especially with a secret desire to glean some firsthand knowledge for historical fiction-writing purposes, would be different. This time, I thought, I would be inspired.

In the past, I have had some very fruitful "research trips," as I like to call these excursions. I'd been to Boston and London, and while neither was a fully immersive experience, I came home with a deeper sense of the history and culture of these places and the significance they had to the people who lived there. In Boston, walking the Freedom Trail, I could see the birthplace of the American Revolution; meanwhile, in London, I felt myself transported to a different world.

Quebec, for me, was going to be the mother lode. What else could it be? This was where I wanted my stories to be set. I was a history enthusiast with a mission: to show the world that Canada was - and still is - important. That even two hundred years ago, we were something, and all one had to do was go to Quebec, the pinnacle of Canadian historical preservation, to see it.

For the most part, I wasn't disappointed. There is, in Vieux-Québec (i.e. the Old City of Quebec), a certain quaintness that I could easily envision working in the 18th century. There were old houses (some dating to the 18th century or even earlier - a rare sight, given the British bombardment of 1759), cobblestone streets, and the same narrow alleys and steep pathways that the city's past inhabitants navigated on a daily basis. 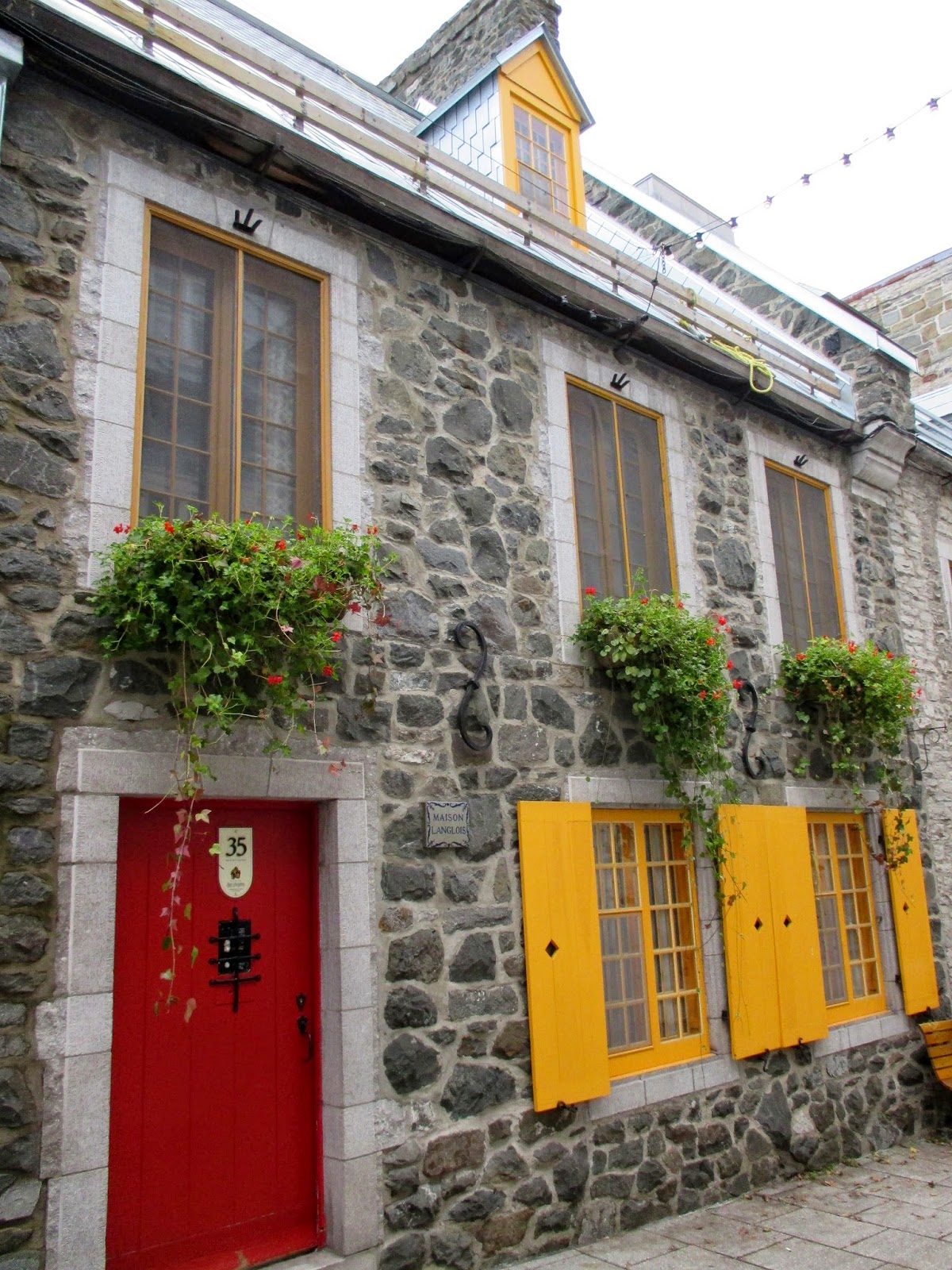 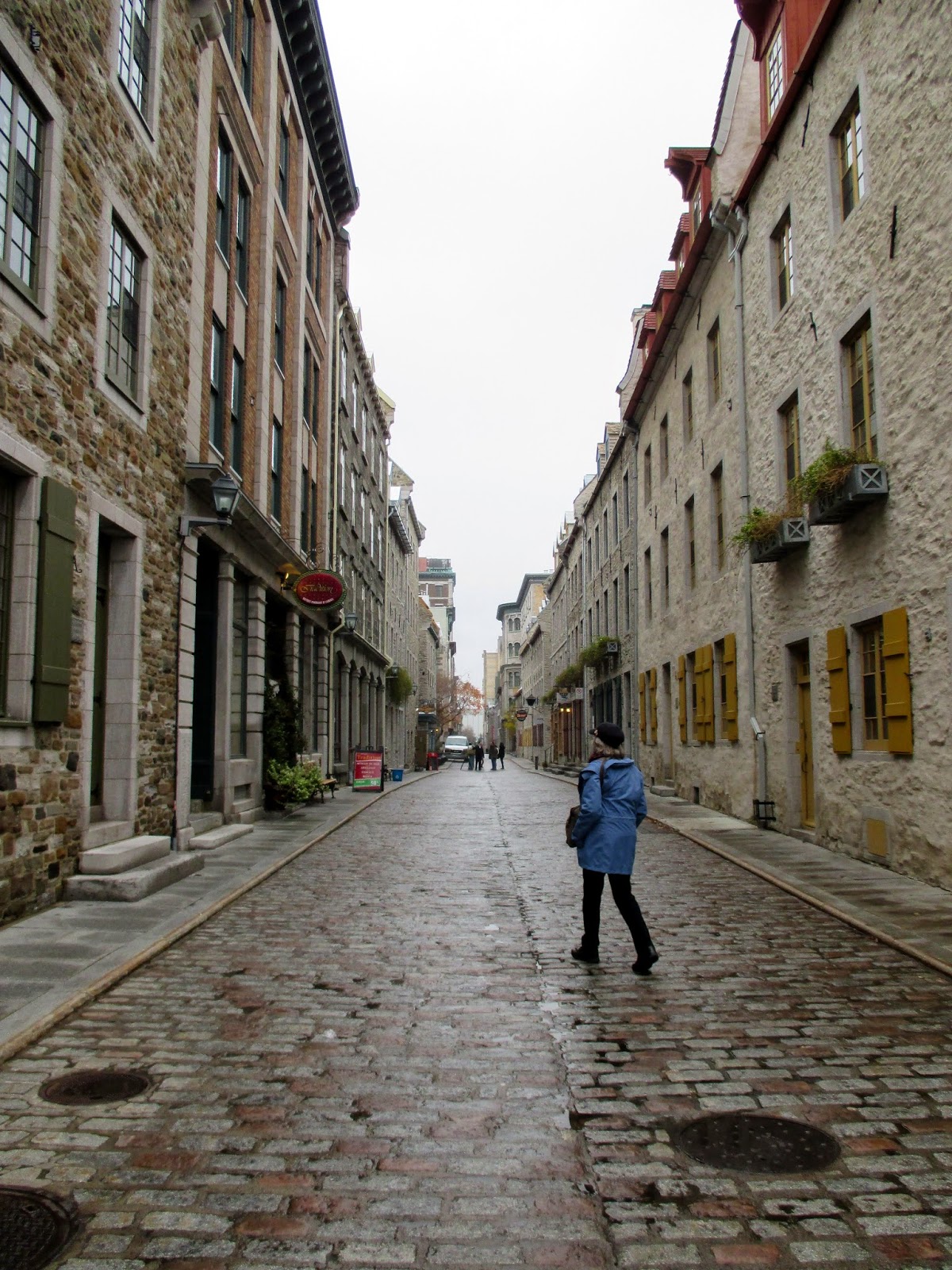 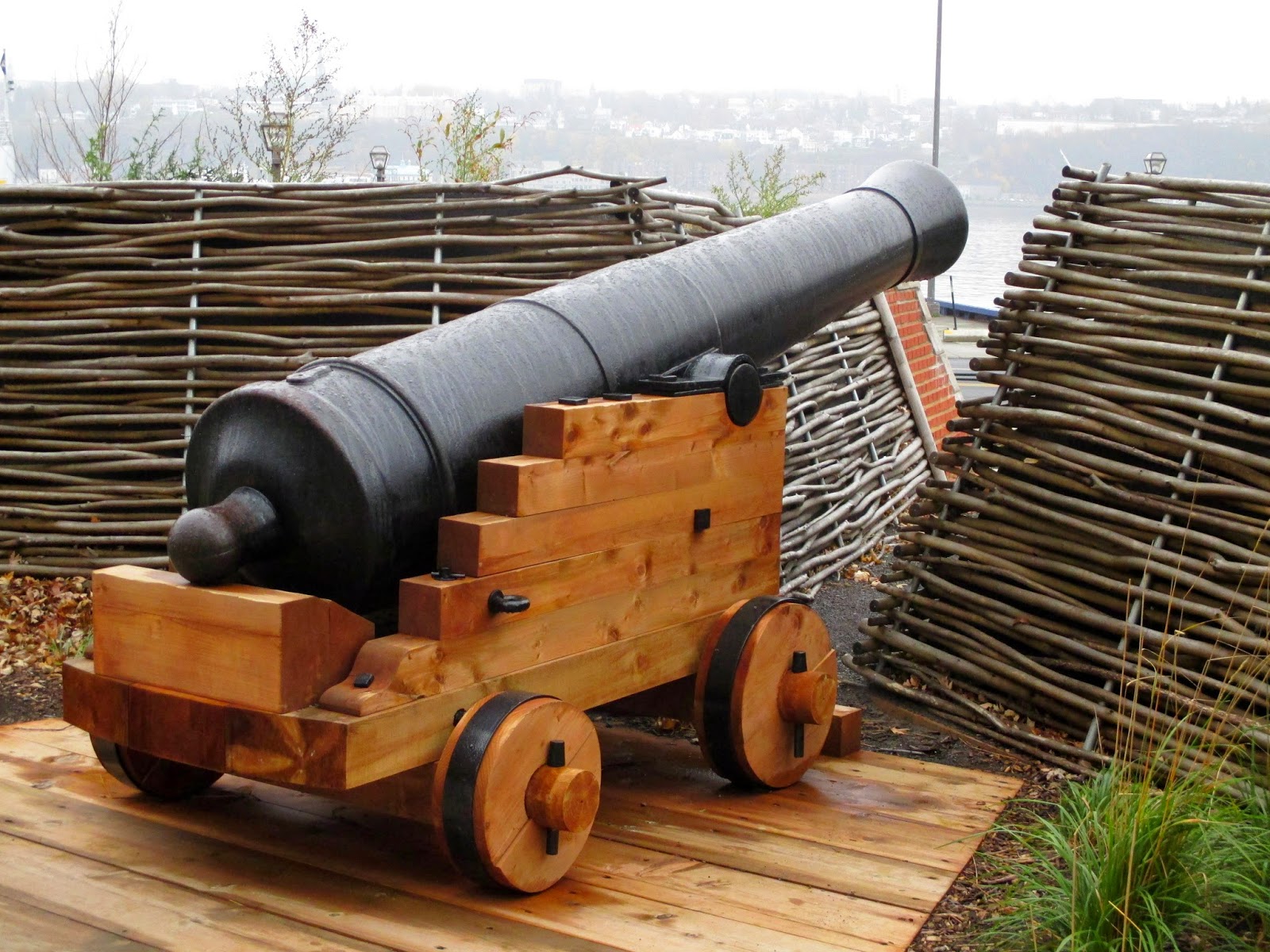 Not only that, but if I was willing to look closely, there were some very overt nods to a time gone by. For instance, in the Upper Town, I stumbled across one of Vieux-Québéc's odder landmarks. 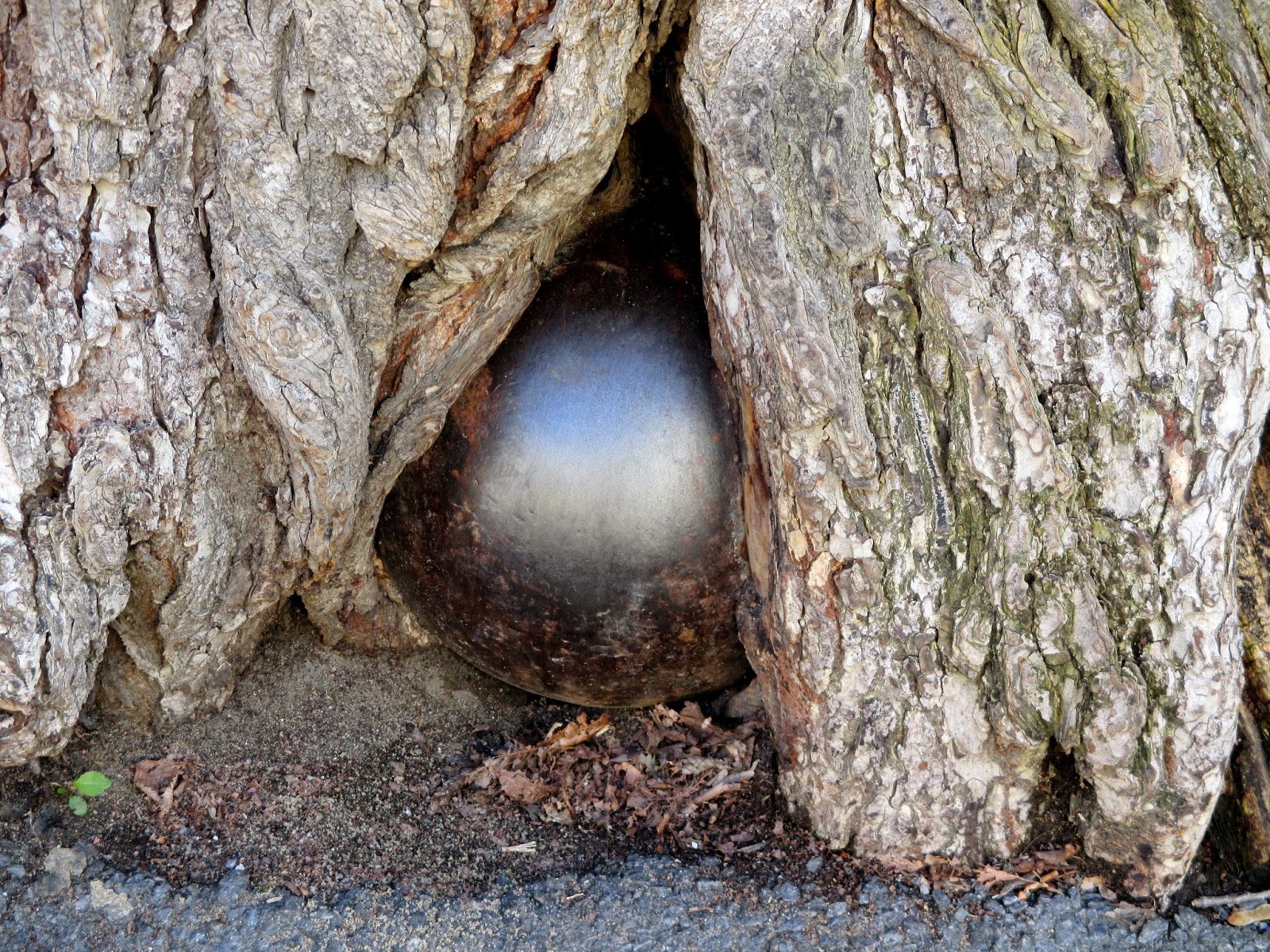 This, mes amis, is a cannonball stuck in the roots of a tree in an otherwise unspectacular alleyway. There are two different stories as to how it got there: one is that it was a cannonball left from the British bombardment of Québec during the Siege of 1759 around which the tree grew; the other is that the ball was deliberately placed there when the tree was younger and smaller to discourage vehicular traffic from running over the roots. Both versions of the story are equally plausible - although I am rather romantically inclined to go with the first. After all, that was what I was in Quebec for: to discover some hint of what life was like in the 18th century. And finding an authentic cannonball from the period would certainly help there.

I also discovered, not surprisingly, that Canada and its government could have a rather biting sense of humour and irony. For evidence of this, I present to you the Duke of Kent House. 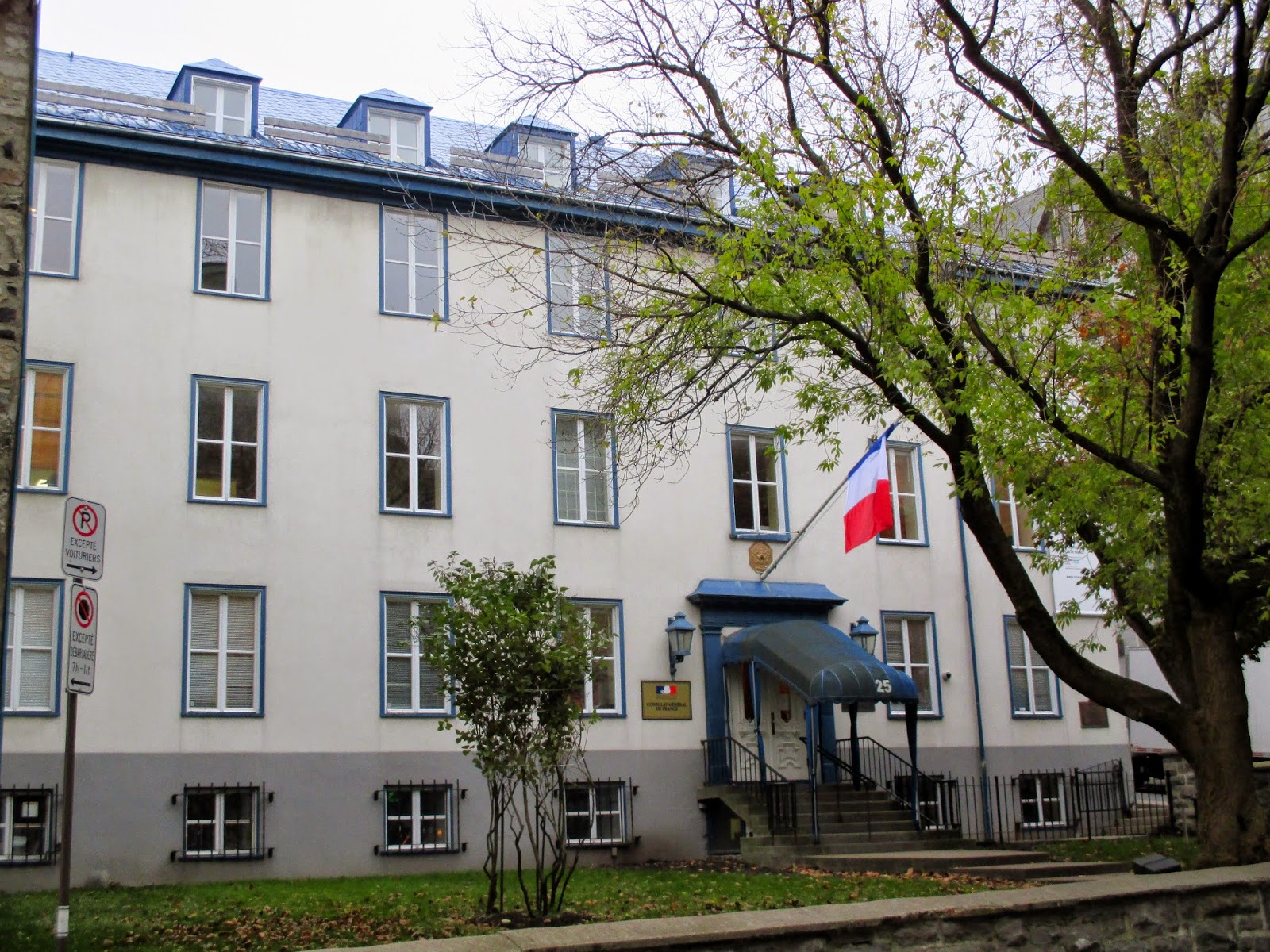 This building now houses the French Consulate in the city of Québec. And while it has certainly been expanded from its original 18th century size, this was also the place where the French signed the capitulation documents in September 1759, formally surrendering Québec to the British. Perhaps no offhanded jab was intended in the Duke of Kent House being adopted by the French Consulate, but given that many Québécois still bear resentment towards France for giving them up all those years ago...I can't help but wonder if there was. Either way, this simply could not be coincidence, in my mind, and would be a worthwhile avenue to explore.

All this being said, given my interest in Quebec during the Seven Years' War - and the 1759 campaign in particular - it's only fair that I really go to the mother ship itself: the Plains of Abraham. Now called Battlefields Park, this area just outside of the city walls has been preserved and is open to the public, serving as a site for many events great and small throughout the year.

This was not my first visit to the Plains of Abraham. Like many other Canadian schoolchildren, I came here on a trip with my classmates, and took part in a rather half-hearted re-enactment of the battle. So I was definitely looking forward to returning here to get a renewed look at the place.

And this was when my dream veered sharply off course.

I've been on a historic battlefield before: Bunker Hill in Boston. There, I remember being able to stand on top of the hill, look down towards the harbour, and have the whole battle just mentally "click" into place. I could envision the British assault, the colonial defence...the actual hushed solemnity that one associates with a site of bloodshed.

Surely, given my passion for the subject and my strong sense of mission re: Canadian history, this would be almost like a sacred site for me. If I could bring myself to feel for a battle fought on foreign soil - and feel sympathy for the side I was raised to revile - then doubtless I would feel that again here. At home. And many times more. 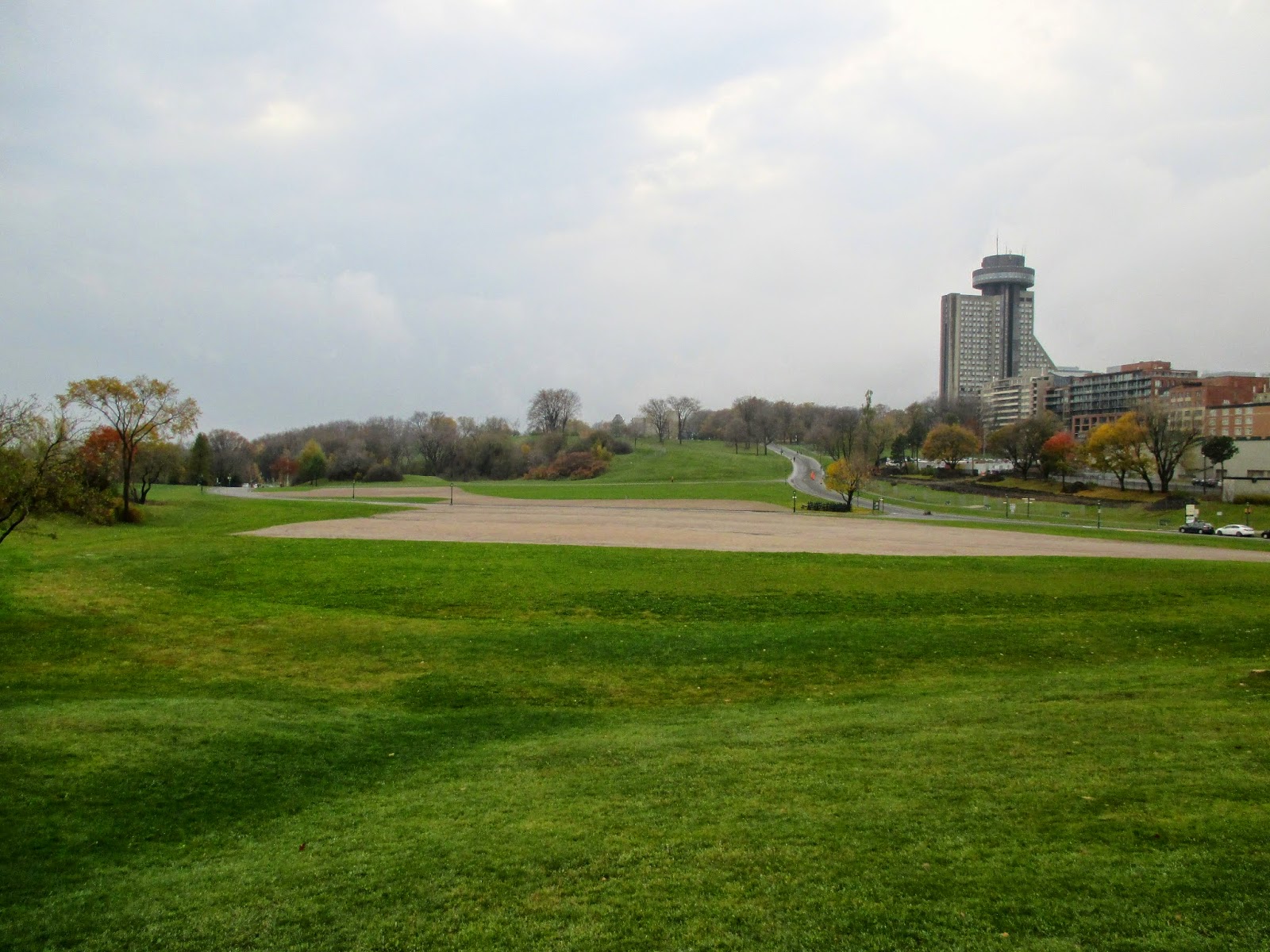 Instead, I felt nothing.

I can't explain it. Even now, a few months later, I still can't put into words what came over me. When I stepped out from the city walls to look at the Plains, all I saw was a public park. No more, no less.

I tried to feel more than that. Really, I did. I started walking slowly and determinedly along the edge of the park, staring intently into it, earning strange looks and prodding questions from the others in my party. "Do you want to go down into the park?" they asked. I wanted to. But the slope going down into the field was steep, it was about to rain, and I knew that in everyone else's eyes, this really was just a park. So instead, I kept walking and staring, caught up in my own existential crisis on the Plains of Abraham.

I still don't know why I was unable to feel the same sense of transportation into the past that I did at Bunker Hill. Perhaps I was choked by my own expectations - feelings, after all, could not be forced, and if there was one thing I knew, it was that I was forcing them. Perhaps I felt that the site I saw simply could not be what I had had in my imagination. Perhaps, on some subconscious level, I felt that the Plains had been changed, somewhere in the intervening two hundred and fifty years, into a tourist attraction: a place far removed from its bloody beginnings.

Whatever it was, all I know is this: in the moment when I ought to have felt it most, "Je me souviens" did not happen for me.

Fortunately for us, the story does not end here. I did find something to honour and remember in the end - just not what I expected. There was, near the Plains of Abraham, a war memorial dedicated to Canadians who had fought and died in the World Wars and the Korean War. 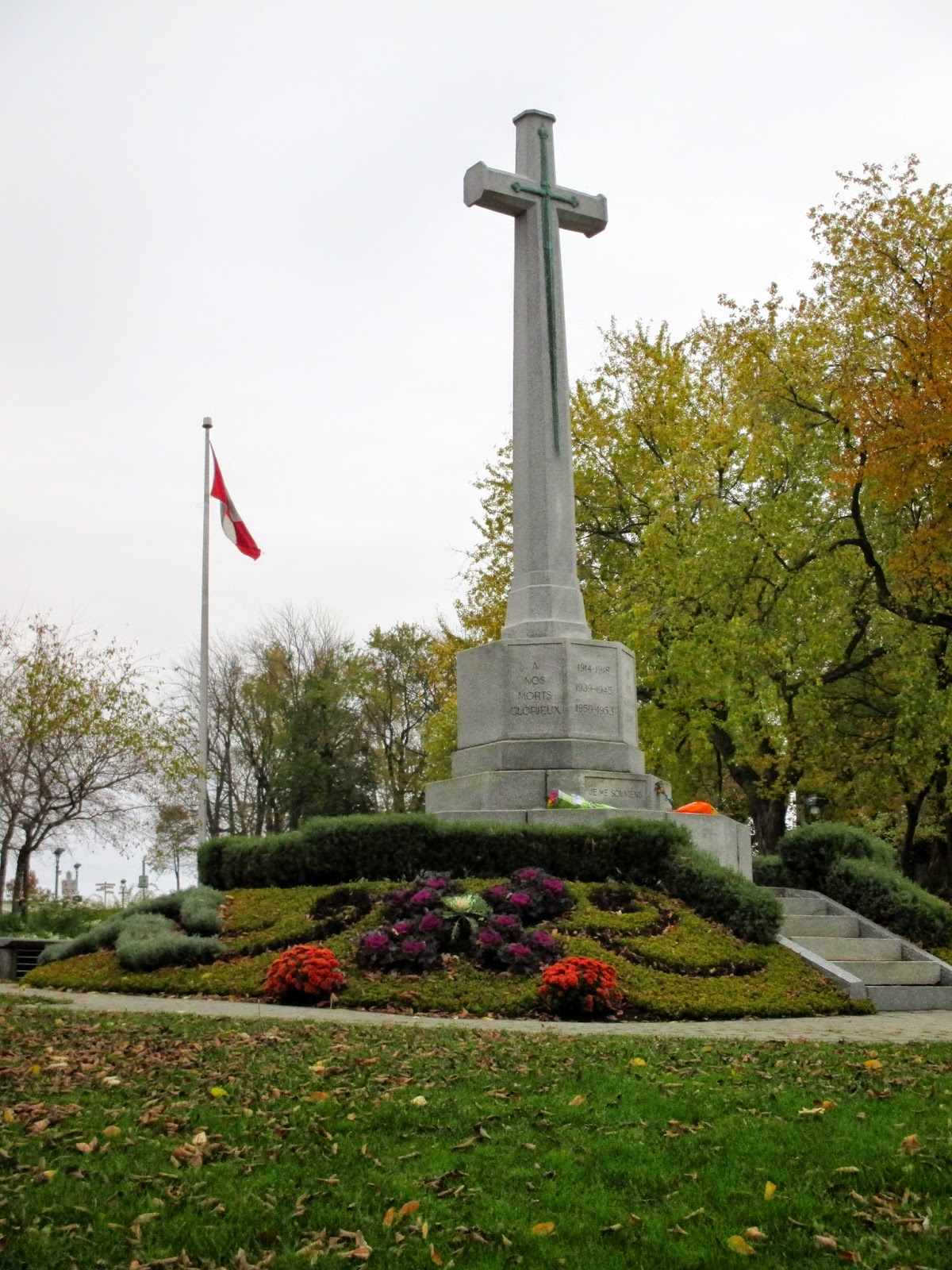 And there, I saw that it was not just past conflicts, but more recent ones, that Québec was remembering. At the base, I found a bouquet of flowers dedicated to Corporal Nathan Cirillo, a Canadian who, just days earlier, had been killed in a terrorist attack in Ottawa. 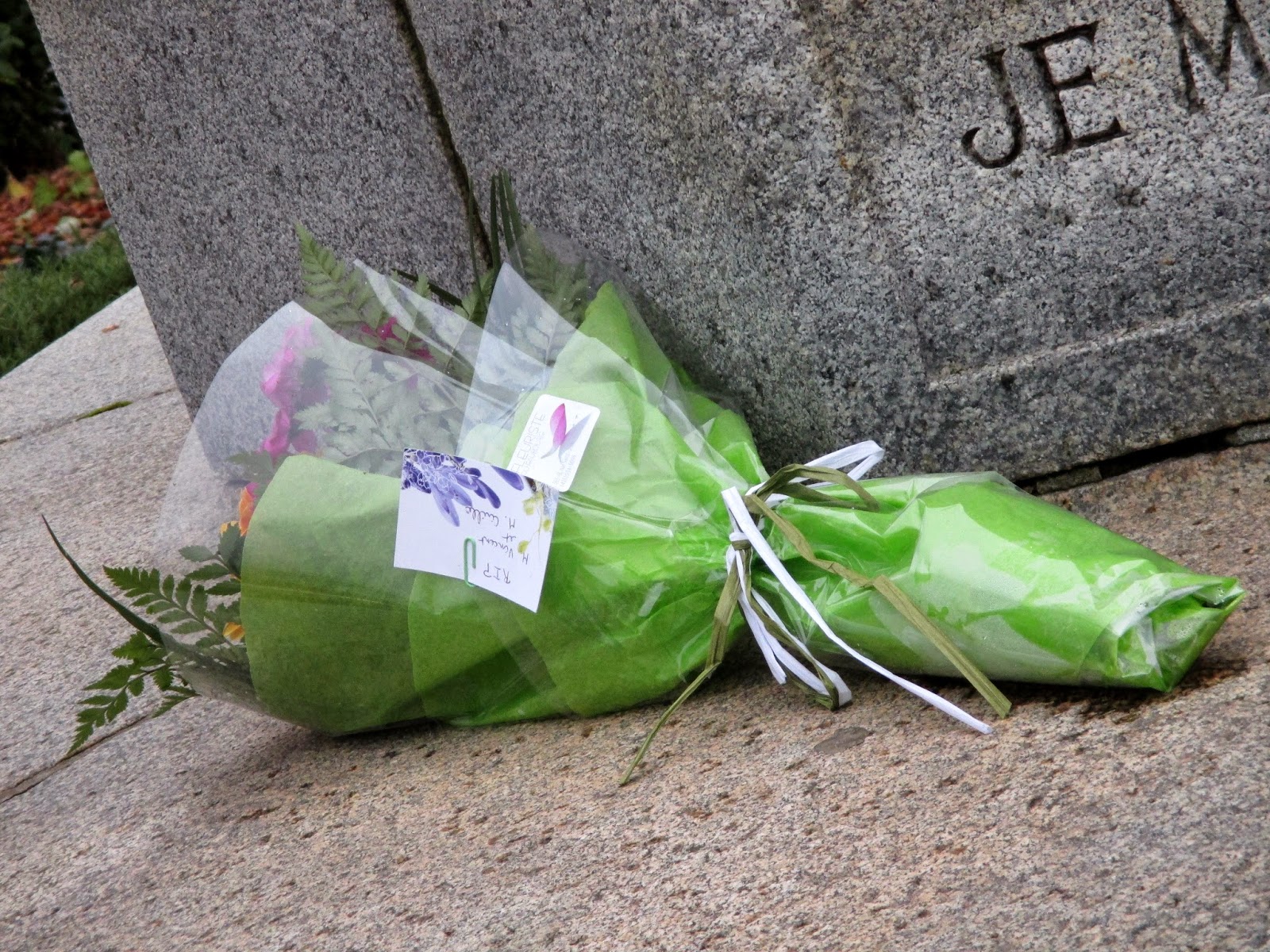 Email ThisBlogThis!Share to TwitterShare to FacebookShare to Pinterest
Labels: 18th Century, Canadiana, French-Canadians, The Story in My Mind